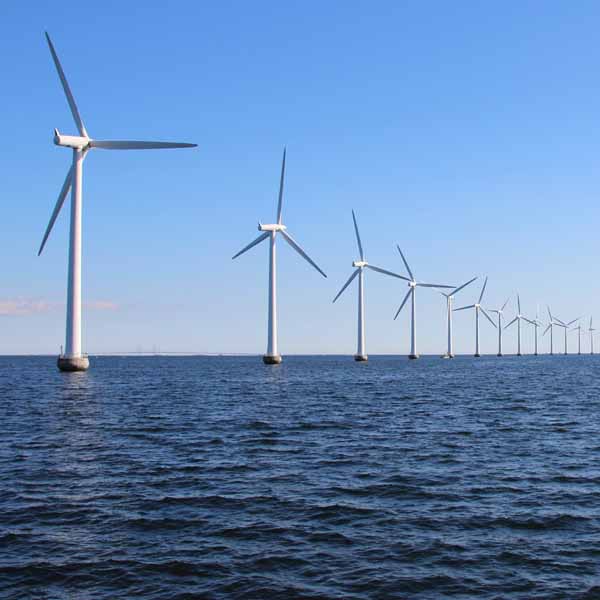 Climate change is the greatest environmental threat facing the planet. The accumulation of carbon dioxide and other greenhouse gases in the atmosphere is causing extreme weather events, harmful algal blooms, ocean acidification, and rising sea levels. If left unabated, this will have devastating impacts on New York’s economy, infrastructure, public health, coastal areas, and natural ecosystems.

According to the United Nations’ Intergovernmental Panel on Climate Change October 2018 report, global warming must be limited to 1.5 degrees Celsius, instead of the previously stated 2 degrees, if the world wants to avoid catastrophic results. This means that New York must move to 100% renewable energy in all sectors as rapidly as possible. But New York has a lot of work to do – currently, the state only gets approximately 5% of its electricity from wind and solar. Additionally, there are still proposals to expand New York’s reliance on fossil fuels, such as the construction of several pipelines and power plants.

NYPIRG is fighting for comprehensive policies that will set New York up to lead the charge to combat climate change.

New York will not meet its climate goals if fossil fuel infrastructure is expanded. A common sense and necessary solution is to ensure that all new construction is mandated to rely on electricity instead of fossil fuels. Thankfully, 42 cities and a county in California offer New York models to use. These localities have enacted new zoning codes that encourage or require all-electric new construction. These codes are meant to keep builders from running natural gas lines to new homes and apartments. Electrifying buildings will make transitioning to renewables for heat and other purposes much easier long-term. Localities in New York, and the state as a whole, should begin adopting these policies.

New York has made the right call to fight climate change – while also protecting waterways – by saying no to pipeline projects, like the Williams Pipeline. However, there are currently several proposals to build out fossil fuel infrastructure in New York. NYPIRG has been engaged in the fights around the E37/Albany Loop pipeline, the Danskammer repowering proposal, the Astoria power plant proposal, and the North Brooklyn Pipeline. New York State adopted into law the Climate Leadership and Community Protection Act, which establishes goals of net-zero greenhouse gas emissions in New York by 2050, and 100% carbon-free electricity by 2040. Clearly, expanded fossil fuel infrastructure would make New York’s chances of meeting these goals impossible, which is why it is essential to adopt policies that mandate new construction to be all-electric and to eventually move existing buildings toward electrification.

Thanks to New York’s ambitious climate law, the Climate Leadership and Community Protection Act, New York has some of the strongest climate goals in the country. But these goals, and the entities in charge of implementing these goals, must be closely watchdogged. Additionally, one of the best ways to ensure that New York meets these ambitious goals is to be transparent to the public. New York should issue an annual scorecard so the public can easily gauge where the state stands in regard to its climate goals. Accountability will be key to success.

34% of the country’s greenhouse gas emissions come from the transportation sector. Similarly, 40% of New York’s greenhouse gas emissions are from the transportation sector. To meet emission targets, New York must move to phase out all fossil fuel vehicles – including personal cars and buses. Bus fleets will need to be electrified, funding and build-out of public transit must be prioritized, and incentives for electric vehicles must be expanded. California has an executive order that directs all new cars and passenger trucks sold in the state to be zero-emission vehicles by 2035. New York should mandate that vehicles sold are 100% electric no later than 2035.

Environmental needs in New York are tremendous – and it is anticipated that costs to both protect New Yorkers from the impacts of the climate crisis and to combat the climate crisis will be steep. Since the 1970s, the fossil fuel industry has known the environmental risks associated with burning fossil fuels and accurately predicted the timetable in which those changes would occur. Avoiding responsibility, the industry used its considerable clout to withhold the evidence from the public, undermine climate science, and hire consultants and lobbyists to derail health and environmental reforms. It is critical for the state to step up since the federal government is gridlocked – and hold polluters financially responsible for the damage that they have caused.

There are ways that the fossil fuel industry could be held accountable to pay for the damages that they have caused. One way is to establish a program based on the concept "make the polluters pay." Similar to the state's current Superfund law (which holds toxic polluters responsible for toxic chemicals released on land and which may threaten drinking water supplies), major fossil fuel companies would be assessed for the proportion of greenhouse gases that they are responsible for emitting. Analyses have been conducted that show that the state can enact such a measure and do it in such a manner as to prohibit such assessments being passed on to consumers.

A second way is by eliminating wasteful tax loopholes that benefit fossil fuel companies. According to the FY2020 Annual Report on New York State Tax Expenditures, the state provides $1.6 billion in subsidies to the fossil fuel industry. Unless those subsidies can be proven to directly benefit consumers, they should be eliminated. These subsidies not only prop up an industry that actively damages New York’s environment, but also leave less money for programs that help New Yorkers, and for meeting New York’s climate goals.